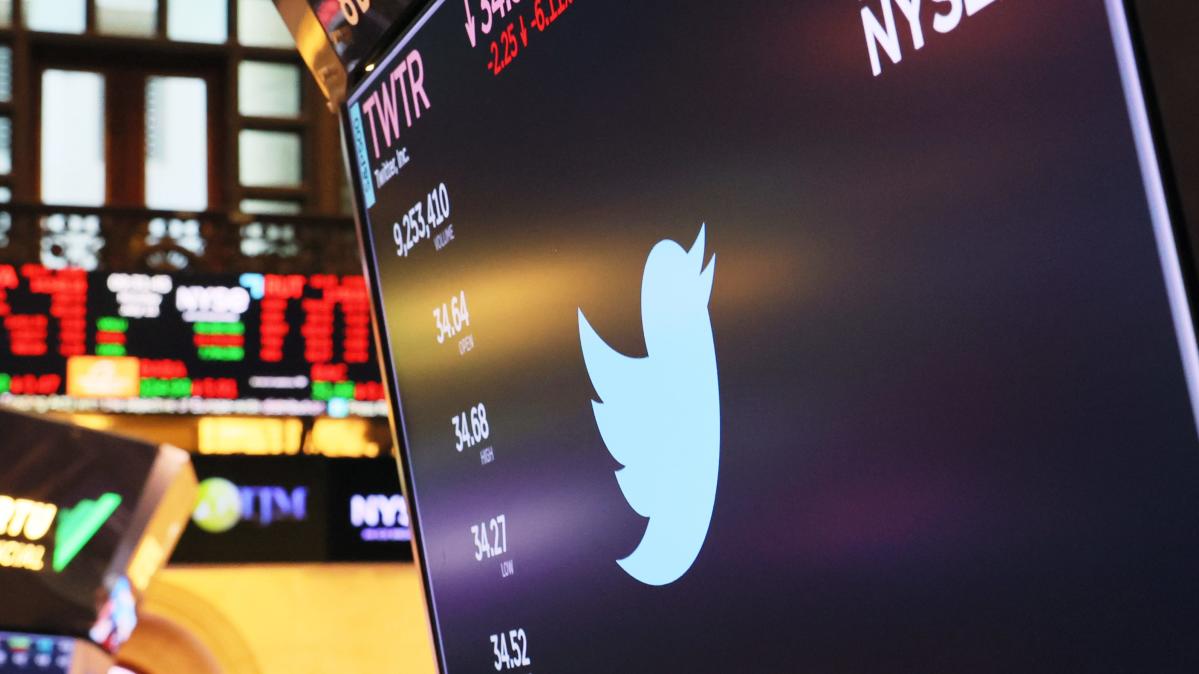 RACHELLE AKUFFO: Welcome back, everyone. Triple Play is on deck. And my pick is Meta. Now, beyond the economic downturn weighing on tech stocks in general, Meta is facing more challenges with advertisers now its dominance is slipping, as companies look to cut ad spending overall, but some for the first time, specifically with Facebook. Now Matthew Bailey, principal analyst at research firm Omdia, predicts that Meta’s share of global net online advertising revenue will decline for the very first time in 2022.

You also have Lou Paskalis, president of marketing and tech trade Association, MMA, which Meta is actually a member of, saying that media firms are going to be more thoughtful about when they invest because, now, reputational risk is now part of the ecosystem , and you have consumers shopping with their values ​​more than ever before. Now, of course, Meta hasn’t been able to outrun the scandals tied to a number of issues, including data privacy, election misinformation, teen addiction, as well as content moderation.

Plus, Apple’s privacy updates and a big bet on the Metaverse that’s still yet to pay off is also making competitors look more attractive. Now we did see from Needham analyst, Laura Martin, on Monday, she downgraded Meta stock from hold to underperform on that big Metaverse bet, as well as slower revenue growth guidance. So keeping an eye on it there, but the stock still in positive territory, just moderately today.

SEANA SMITH: At least for today, Rachelle. It has certainly been hit hard this year, off just about 50% since the start of the year. And Laura Martin, it was interesting what she was saying, just in terms of when it comes to Meta’s future, the big question is whether or not they’re going to be able to recapture that under 35 audience. Those users are now on TikTok. Some of Meta’s other competitors are simply not using Facebook or Instagram as much. So that’s a big question going forward in terms of ad spend, whether or not they’re able to pull in that key demographic.

All right, well, my play today is boxed. It’s a top trending ticker on Yahoo Finance. Shares getting a boost after Wells Fargo initiated coverage on the stock with an overweight rating and $8 price target. Wells Fargo analyst Brian Fitzgerald making the case that Boxed’s business-to-consumer and business-to-business market could, quote, “represent a multibillion dollar revenue opportunity.”

He also wrote that it is an attractive way to play how retailers are leveraging technology to drive growth and defend market share. It’s good news today for the stock, but take a look at that chart year to date, off more than 80%, Dave. And the big question also for Boxed going forward– we’ve been talking about it with this morning’s inflation report– it all depends on the consumer and what people are willing to spend on at this point.

DAVE BRIGGS: Yeah, it’s tough to read, but when you look at their business model– and I kind of combine it with Amazon and Costco, if you look at what their business model is. And Costco had sales up 20% recently. Even if you take out energy, gas, it’s still up 13% store to store. So it looks like a good business model. And if you believe that estimate, that’s a 400% upside from yesterday’s close. So a lot of room to run there.

My play– you guessed it– it’s Twitter, staying in the news, shares surging the day after the social media platform officially filed suit in Delaware, claiming Elon Musk made his offer to buy the company, quote, “without seeking any representation from Twitter regarding its estimates of spam or false accounts.” Twitter chairman Brett Taylor tweeting, the suit aims to hold Elon accountable to his contractual obligations.

And as for Twitter’s lawyers, they say they need just a week to prove their case in Chancery Court in Delaware and hope that non-jury case opens September 19, which sounds extraordinary, but could happen based on the timelines we see there in that particular Delaware Court. Add to it, short-seller Hindenburg, which may be the reason for the spike, betting on Twitter in the upcoming court battle, revealing they’ve taken a long position on the stock, telling Yahoo Finance Musk squandered much of his leverage, largely through ill-advised, compulsive tweets.

Shares of Twitter– you saw it– spiking today up nearly 8%. They had been up all day long. And guys, I’ve talked to several attorneys on this. I keep calling them because I want someone to give me the other side of it. I just can’t get it. And I’m at five attorneys so far. They all say they don’t see Elon’s case. They don’t see a single way this ends well for Elon Musk. And it’s hard to imagine, isn’t it, Rachelle? I mean, he waived due diligence. I think the real question is, what can they compel him to do ultimately? Can they compel him to buy the company if he ultimately says no, which we could all see.

RACHELLE AKUFFO: I mean, the thing is, it seems like the only place where people will believe that Elon will win is actually the court of public opinion. Ironically, enough, on Twitter, a lot of his fans– you know, this is a very dedicated fan base. People who love Musk and follow him, they don’t see any flaws in his argument. And I think you’ll find, as you were saying, as analysts are finding, that’s not going to be the case. It’s more a case of, just how damaging is it going to be for him to have to exit out of this deal?

SEANA SMITH: Yeah, and whether or not he’s going to have to pay that billion dollar breakup fee, if he does, in fact, if he’s able–

DAVE BRIGGS: That seems like a given, doesn’t it?

SEANA SMITH: –to walk– it does seem like a given. I do not know. You never know how things end up. I agree with you, Dave. It’s hard to see Elon Musk’s side of the argument. But I really like that they said that they only need a week to argue that case, one week.

DAVE BRIGGS: But ultimately, in the end, this Delaware court can compel a man in the United States to pay $44–

DAVE BRIGGS: –billion to buy a company? And if he won’t, then what?

SEANA SMITH: Yeah, well, we will certainly be watching how all of this–