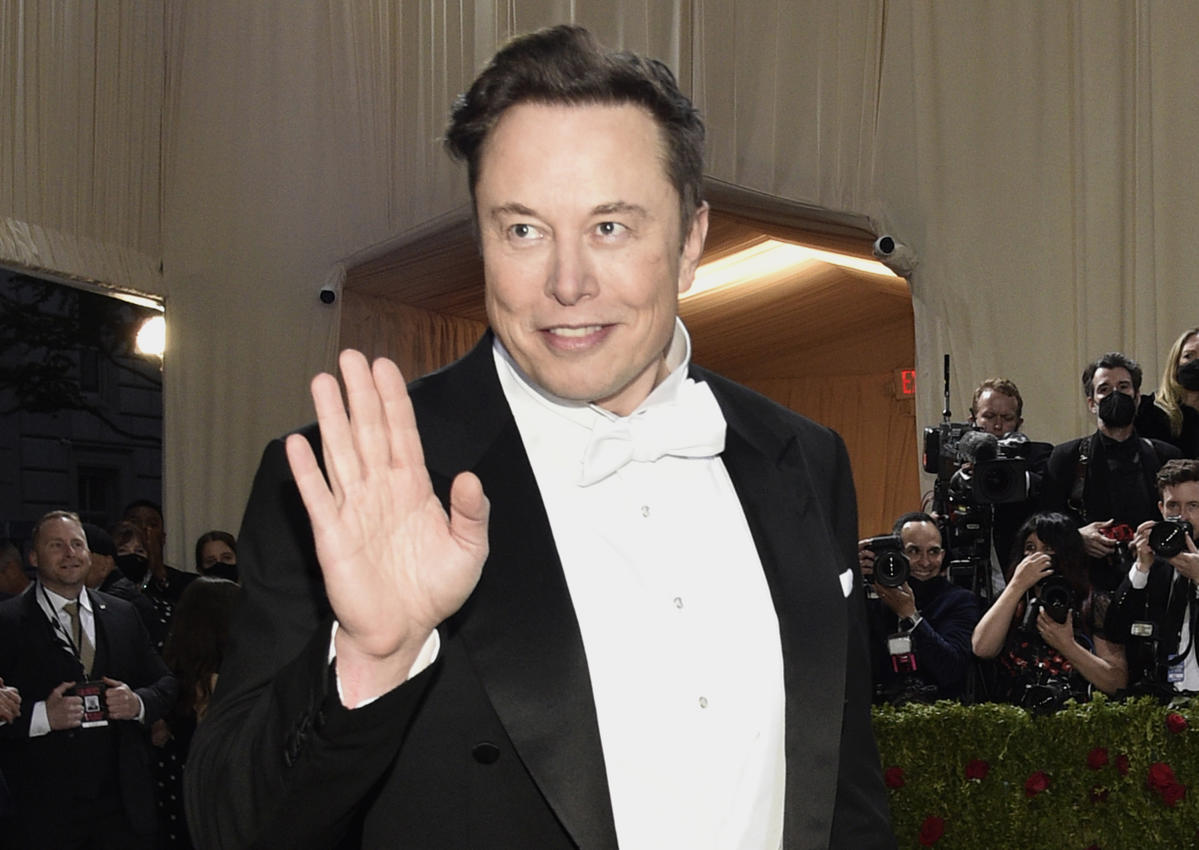 Tesla (TSLA) CEO Elon Musk says the deal to buy Twitter (TWTR) is on hold over the number of bots and fake accounts on the platform. But some analysts think the billionaire is just looking for a scapegoat so he can walk away from the $44 billion deal or negotiate a lower price.

“We believe that Musk is using his investigation into the % of fake TWTR accounts as an excuse to pay below $54.20/share. In reality, the NASDAQ COMP is down 25% [year to date] and Elon Musk realizes that he may be overpaying for the asset,” the analyst wrote.

Wedbush Securities analyst Dan Ives was similarly skeptical of Musk’s claim in a note to clients: “Our view is the massive pressure on Tesla’s stock since the deal, a changing stock market/risk environment the last month, and a number of other financing factors ( equity financing) has caused Musk to get ‘cold feet’ on the Twitter deal with the bot issue not a new issue and likely more of a scapegoat to push for a lower price.”

After adding to his stake in the company, Musk offered to buy the social media company for $54.20 a share in April. The stock is currently trading at around $38 a share, as of May 17.

Musk raised doubts about the buyout when he tweeted on Friday that the deal was “on hold pending details supporting calculation that spam/fake accounts do indeed represent less than 5% of users.” Later that day, Musk tweeted again that he is “still committed” to the acquisition.

“The bot issue at the end of the day was known by the New York City cab driver and feels more to us like the ‘dog ate the homework’ excuse to bail on the Twitter deal or talk down a lower price,” Ives stated. “The soap opera will continue this week, and keep the popcorn handy as there are likely many more twists and turns ahead in this Twitter/Musk saga.”

This development follows Musk’s comments at the All-In Summit in Miami, where he said a deal for Twitter at a lower price would not be “out of the question.”

in a tweet on TuesdayMusk said that “20% fake/spam accounts, while 4 times what Twitter claims, could be *much* higher. My offer was based on Twitter’s SEC filings being accurate.”

According to Thill, Musk’s estimation of spam and fake accounts would make his targets more incredible.

“We were already skeptical of Musk’s reported targets of 600M and 931M mDAUs [monetizable daily active users] by 2025 and 2028, respectively,” Thill stated. “Now considering Musk believes that at most 80% of TWTR’s current 229M mDAUs are humans, it is even harder to believe the company can achieve its long-term targets.”

Twitter CEO Parag Agrawal pushed back on Musk’s claims by posting a long thread on Twitter detailing how the company calculates its bots. Agrawal said that he “shared an overview of the estimation process with Elon a week ago” — to which Musk replied with a poop emoji.

Despite the growing rift between Agrawal and Musk, the two sides have continued to move forward with the deal. Twitter’s board unanimously recommended that shareholders approve Musk’s offer that would take the social media company private, Bloomberg reported. And on Friday, Bret Taylor, Twitter’s chairman, tweeted: “We remain committed to our agreement.”

Should the deal fail to go through, however, it could be a disaster for Twitter stock.

Thill estimated that the stock could down to $22 a share in a no-deal scenario, while Ives wrote that “the chances of a deal ultimately getting done is not looking good now and it’s likely a 60%+ chance from our view Musk ultimately walks from the deal and pays the breakup fee.”

Read the latest financial and business news from Yahoo Finance