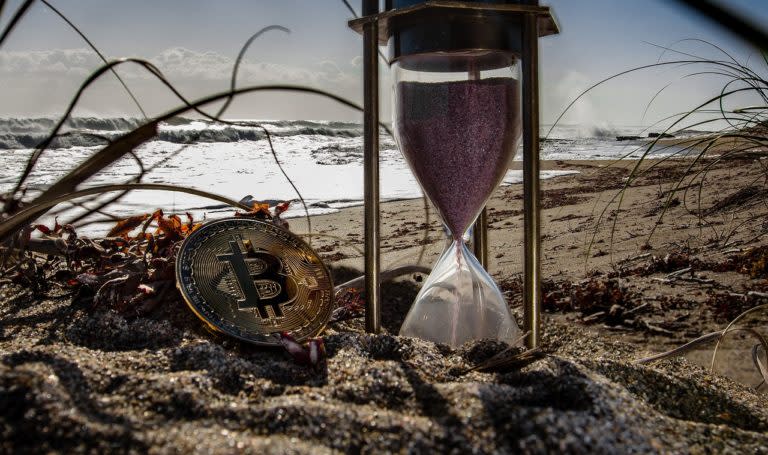 Fortune Business Insights has projected the cryptocurrency market to be valued at $1902.5 million in 2028. From $826.6 million in 2020, the market is expected to grow at a CAGR of 11.1%. The market for cryptocurrencies is anticipated to grow in the next few years as a result of increased financial payment transparency. Blockchain technology is used to establish digital currencies, making it possible for several parties to maintain copies of previous transactions and preventing a single central authority from controlling them. For an undisclosed sum, PayPal Holdings, Inc. (NASDAQ:PYPL) bought Curv in March 2021. PayPal Holdings, Inc. (NASDAQ:PYPL) is advancing its efforts to support cryptocurrencies and digital assets with this investment. Curv is involved in the development of infrastructure to provide cryptocurrency security. Popular companies like Mastercard Incorporated (NYSE:MA) and Visa Inc. (NYSE:V) are also working on the adoption of digital currencies.

According to a July 19 report, Edward Moya, a senior market analyst at Oanda, said that the extended cryptocurrency bear market, commonly referred to as the “crypto winter,” may come to an end as fast as it began if Bitcoin’s price stabilizes over the course of the next two weeks. On July 20, Bitcoin price surpassed $24,000 and reached its highest level in almost a month. Over the past few days, Ethereum has increased by more than 50%, and as of July 20, it was trading above $1,600. Many crypto specialists believe that the crypto market will experience one more significant decline. Some are predicting that Bitcoin will bottom out at between $10,000 and $14,000. The managing director of Midas Touch, Florian Grummes, thinks that Bitcoin has started slowly recovering, and the next crypto bull run is likely to occur in the next six months to a year. Grummes has voiced optimism for Bitcoin in the long run, saying that institutional acceptance and entry will drive the upcoming bull run, but everything will rely on how the Federal Reserve manages inflation. The investor had earlier indicated that the optimum next historical high for Bitcoin would be $100,000 by Q1 2022.

Let’s begin our list of the 10 cryptocurrencies Redditors are buying for the next bull run. We went through numerous discussion boards on Reddit to produce this list and referred to notable subreddits like r/CryptoCurrency, r/CryptoMarkets, and r/WallStreetBetsCrypto. Through an analysis of users’ comments on the forum, we have outlined the investor rationale behind being bullish on these cryptocurrencies. We have ranked the currencies according to their market capitalization as of July 24.

Cryptocurrencies Redditors are Buying for the Next Bull Run

Amp USD (CCC:AMP-USD) is a digital collateral token that can be used to secure any transferable asset. The transactions are secured by a process known as staking, which uses smart contracts to freeze the assets until the transaction has been verified. Once verified, the funds are released to the receiver.

Amp USD (CCC:AMP-USD) is the preferred currency on Flexa, which is an open digital payment processing platform. Flexa has been adopted by 40,000 merchants across the US for the processing of digital transactions. Amp USD (CCC:AMP-USD) has the potential to collateralize all these transactions on Flexa. The cryptocurrency has a circulating supply of 42.23 billion coins, and a total of 92.55 billion coins can be mined under the current mandate.

Enjin Coin USD (CCC:ENJ-USD) is an ERC-20 compatible token brought into the cryptocurrency universe by Enjin Corporation. The cryptocurrency can be sent and received over the Ethereum wallet. The coin has been minted to create convenience for individuals, businesses, and brands to use non-fungible tokens (NFTs).

Enjin Coin USD (CCC:ENJ-USD) can directly back the value of the NFTs minted inside the Enjin ecosystem. Enjin is an online gaming platform developed on the Ethereum network. The platform intends to provide developers and players with the tools to enhance the gaming experience by giving them tools like game plugins, software development kits (SDKs), virtual item management apps, wallets, and, to top it all, a payment gateway. The cryptocurrency is working on addressing the problem of frauds, scams, and chargebacks faced by the gaming community. The current market capitalization of Enjin Coin USD (CCC:ENJ-USD) stands at $567.13 million. Out of a maximum supply of 1 billion coins, 895.40 million Enjin Coins USD (CCC:ENJ-USD) have been minted.

Loopring USD (CCC:LRC-USD) aims to provide its users the ability to construct non-custodial and decentralized exchanges by bringing into use zero-knowledge proofs (ZKPs), which is a popular tool to raise the security of the cryptocurrency. This proof of concept ensures that the assets always remain in the control of the users. Although the protocol is built on the widely popular Ethereum network, the transaction fees are significantly lower compared to the Ethereum network. This is because the Loopring protocol bundles multiple transactions together, lower congestion on the network, and provides high security and speed.

Algorand USD (CCC:ALGO-USD) is a cryptocurrency and blockchain protocol that intends to be scalable and secured. The mining of the cryptocurrency brings proof-of-stake into use, and it is an open-source blockchain. This means that anyone can look at and contribute to its code.

The Algorand USD (CCC:ALGO-USD) platform is designed to process multiple transactions quickly like a major payment processor such as Mastercard or Visa. It is a direct competitor of Ethereum as it can incorporate other cryptocurrencies and blockchain-based projects on its platform.

ALGO is the native currency of the platform and is used to secure the Algorand Blockchain and to settle processing fees for transactions on the platform. Silvio Micali is the pioneer of the Algorand USD (CCC:ALGO-USD) Platform. He is a renowned professor and a cryptographer from the Massachusetts Institute of Technology (MIT). Around 6.95 billion Algorand USD (CCC:ALGO-USD) have been minted till now. Presently, the maximum supply is capped at 10 billion ALGO.

NEAR Protocol USD (CCC:NEAR-USD) is a cryptocurrency and blockchain platform that is built on the proof-of-stake (POS) blockchain. The protocol acts as a platform for decentralized applications and intends to compete with Ethereum.

NEAR is the default currency of the platform. Some of the notable projects on the platform are Mintbase, which is an NFT minting project, and Flux, which allows developers the ability to create markets related to assets, commodities, and real-world events. It is another Layer-1 blockchain that is on our list.

The NEAR Protocol was developed by Alexander Skidanov and Illia Polosukhin in 2018. Overall, 74.2% of the currency’s total supply has been utilized as 742.56 million NEAR Protocol USD (CCC:NEAR-USD) are in circulation currently.

Owing to the increasing prominence of these currencies, notable payment processing companies such as Mastercard Incorporated (NYSE:MA), Visa Inc. (NYSE:V), and PayPal Holdings, Inc. (NASDAQ:PYPL) are also making investments in the cryptocurrency market.

Click to continue reading and see 5 Cryptocurrencies Redditors are Buying for the Next Bull Run.

Disclose. None. 10 Cryptocurrencies Redditors are Buying for the Next Bull Run is originally published on Insider Monkey.